I like to share my special love of the animals with others. Many people often ask me why I was inspired to be vegan. I soon realized that for those who are non-vegan, it is not so obvious why, so I wrote this blog post! 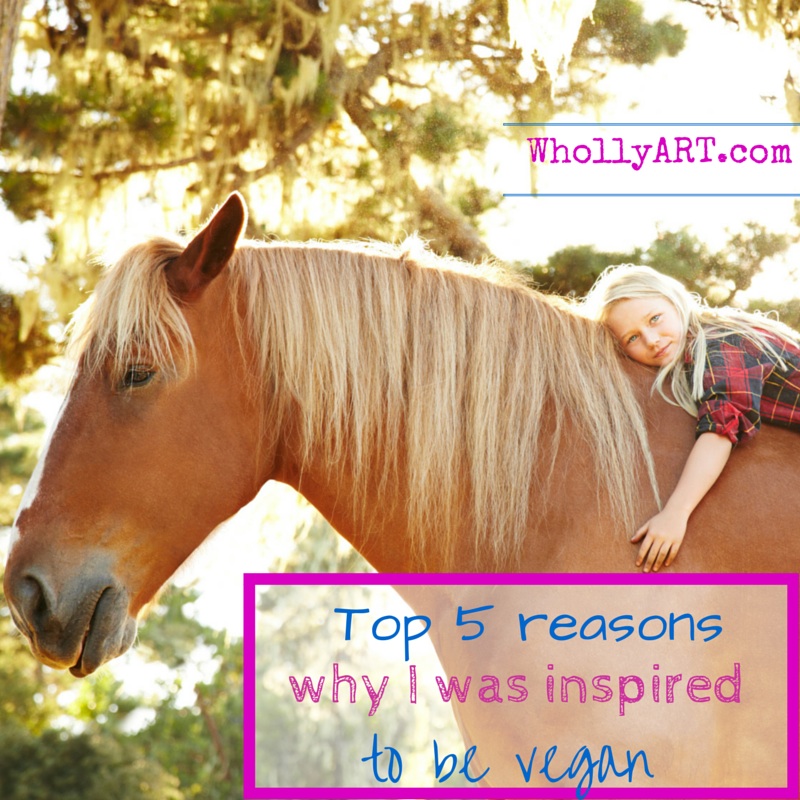 Before I share the top 5 reasons why I was inspired to be vegan with you, though, let us clarify what being a vegan means. This is my definition:

A person eats no animal products ( like meat, dairy, and honey,) and who shows absolutely love and dedication to them by doing so. (Products also include animal-tested brands, leather, etc.)

My point being that it takes heart to being vegan! When I became vegan, I said, “I don’t want to eat ANYTHING that has a mom!”, because I don’t think animals will be anymore enthusiastic than I would be if I lost mine! Now, onto the reasons why I am inspired to be vegan.

1. I love animals and believe they are innocent

Ever since I was little, I have loved animals. When I look into those sweet, little eyes, I see only innocence and love. I believe they are innocent for everything they do. Think about it: when a bee stings you, or a dog bites you, most of the time, they don’t mean to harm you! They are only trying to protect themselves and most possibly, their loved ones.

Papua New Guinea 2.  No one deserves to go through the kind of suffering those poor animals do!

Many people are not aware of the pain animals go through to get to your plate. I once watched a documentary called Food Inc, about how animals are treated on factory farms. I was devasted to find out many eggs eaten from factory farms in the U. S. sentence hens to over 24 hours in a tiny battery cage where they can’t stretch a wing. And in factory farms in the U. S. pigs are lowered into scalding hot tanks of water while still fully conscious. I want to stop animals’ suffering as soon as possible.

http://fairchanceproject.com/programs/brush-of-kindness?share=twitter 3. I believe if God placed animals on earth, He did not mean for them to harm anyone

If God loves all his creations, why shouldn’t we? I’m sure He didn’t intend for animals to hurt humans, yet, they have have natural instincts to defend themselves, as do we. A familiar scripture illustrates my point: “The wolf and the lamb shall feed together, and the lion shall eat straw like the bullock: and dust shall be the serpent’s meat. They shall not hurt nor destroy in all my holy mountain, saith the Lord.” – Isaiah 65:25 This means that His animals’ purpose is not to destroy, as some think it to be. 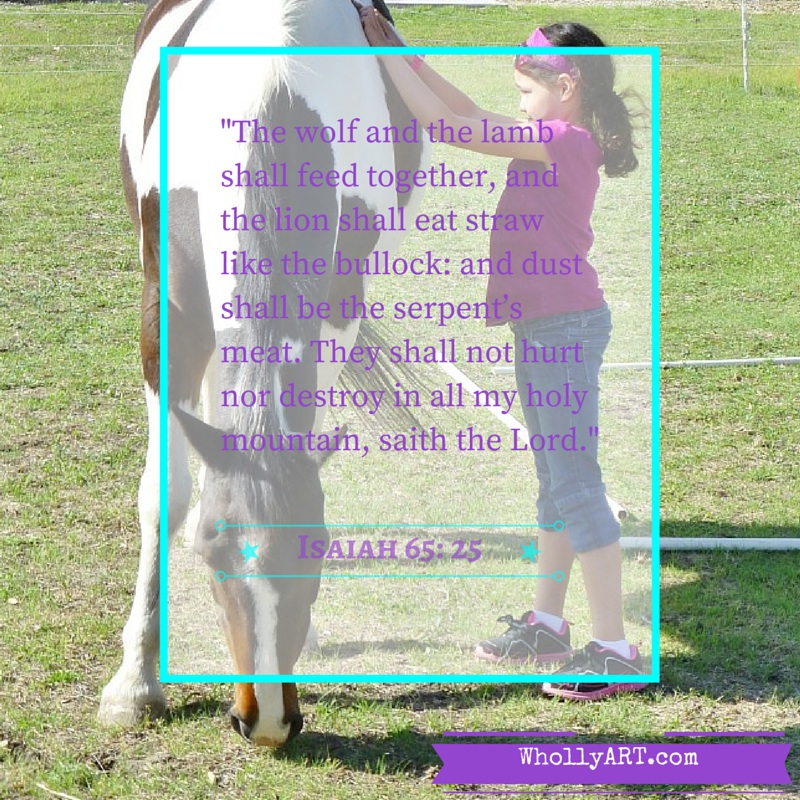 You’d be surprised if you knew the health benefits of not eating animals and their products! Vegans have a lower risk of obesity, heart attacks, diabetes, and cancer. I’m proud to say that I have never once gone to the hospital because of disease or sickness in my whole entire life, and I am always filled with energy, too!

5. Being vegan also helps our earth

In school, I learn a lot about how polluted and trashy our earth has become. You would think it is mostly coming from vehicles, but it’s not. According to Livestock’s Long Shadow, a newspaper about animals, raising animals causes more global warming than all the cars and trucks in the world combined, because of the animals’ manure and flatulence. Growing grain for animal feed is also extremely wasteful, considering that that is why a lot of our trees are gone. If that’s not convincing, listen to this; The grain consumed by American livestock could feed 8 million people. Being vegan prevents all that waste.

That’s all for now, folks! I really hope you enjoyed the Top 5 reasons why I was inspired to be vegan. Be sure to subscribe to my blog to get more delicious posts!

Jack the Cat ~ An Angel’s Tale

Chosen for the one lovely blog award! Hooray!
← Thank You for my One Lovely Blog Award!3 Simple and Fun Activities to Expand your Gratitude →