What I’m going to speak about today may be a bit of a heavy topic, so prepare yourself mentally and emotionally for the topic. We’re talking about virtue and chastity.

A few weeks ago in a Sunday religion class, my teacher’s topic was virtue, and chastity accompanying it. She said several things that I thought were untrue and in reality harmful about this subject, and I remember being extremely upset and angry afterwards. My mom encouraged me to write this blog post and analyze my perspectives on these “myths” and beliefs the teacher expressed. 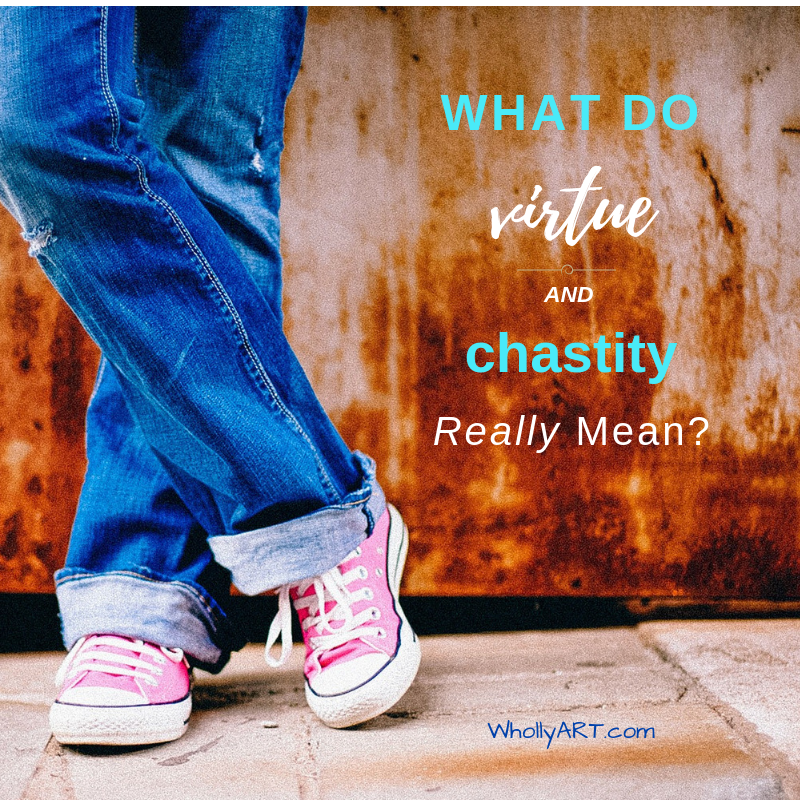 It may be a bit triggering and it’s certainly not for the faint of heart, but I know that we need to raise awareness if we want to make real lasting change. Talking about these things is hard, I’m not going to lie. I’ve been struggling a bit through writing this post, thinking “Is this too much or too harsh?” but I know that what I have included is beneficial and needs to be said.

If you have any questions or concerns at all after you’ve read it, feel free to drop a comment, or find a trusted parent/adult to talk to. Now, I’d like to cover 5 myths about virtue and chastity, and expand on some other social issues.

1. Virtue is the same thing as chastity.

I’m sure many of you know I’m a word nerd. I love words – their etymologies, definitions, synonyms, and using them correctly in my everyday conversations/writing. I was a bit upset when this was said.

Virtue and chastity are NOT the same thing. Not even close. Let’s take a look in the dictionary, shall we?

And just for the fun of it, here’s a decent list of synonyms:
goodness, morality, integrity, dignity, rectitude, honor, decency, respectability, nobility, worthiness, principles, and ethics.
And, chastity? Means a whole different thing.
Do you see the issue here?
Ok, now don’t get me wrong. My church has a strong belief in abstinence before marriage, and I’ve made the commitment to save myself for my future spouse. It’s my personal decision.
But I certainly have an issue when someone says that your overall goodness as a human being is based on your sexual activity. That is simply not true. Whether you are sexually active or not, that has nothing to do with your having (or lack of) moral standards.
And then there’s society’s view of women who are “easy”, or as many high school students call young women, “slutty.” It’s a derogatory thing to call someone. (More on that later.)
To sum it up, virtue is your quality of standards. YES – it’s based on the choices you make. NO – it does not mean, and is not based on your sexual life.

2. Your virginity is the most important thing you need to protect.

*groans inwardly* Where do I even begin with this one?

The way this was spoken, it was easily felt throughout the room that “you are worth nothing if you aren’t a virgin.”

And, this statement was followed by the reassuring, “All of you are good girls, though, I know you would never do something like that.” (*screams into a pillow*)

Second off, it’s not right to assume things about people. The teacher assumed that we were all “good” girls (therefore we aren’t good if we aren’t virgins), and that we wouldn’t do something like that. Imagine if one of us in the room was not a virgin, due to choice or otherwise. How would we feel?

And we wouldn’t want to talk about it or say anything because of these emotions. Assumptions bring suffering. Let’s end the suffering, please.

3. A woman’s main right is to choose whom she will be a slave to.

I felt the need to underline and italicize that last part. And no, this is not made up or a joke. That is word for word what the teacher told us. With a smile.

She was referring to us being married in the future, and while I have a goal of getting married one day, I do not believe in any way that a woman should be subject to her spouse. This is another form of objectification. 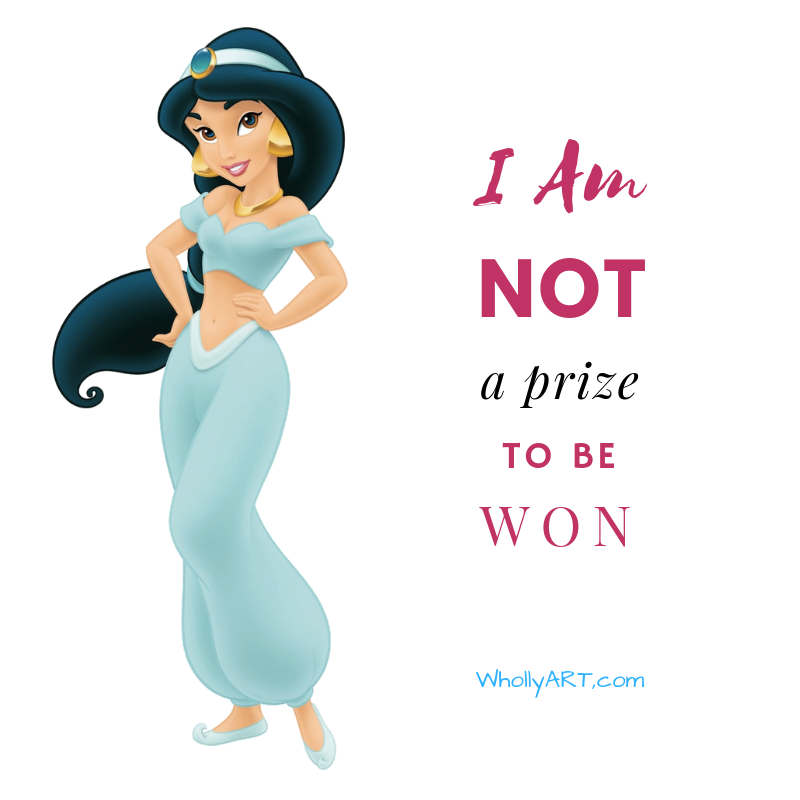 4. You always have the last say about what someone can or can’t do to your body.

This one especially angered me, because it advocates for rape propaganda and culture.

We do not always have a say about what someone can do to us. (Trigger warning ahead, fyi.)

At age 19, my mom was going to her technology class when she was abducted and raped brutally in a car. She would’ve died, too, but by some miracle she was able to make it out. And she heard the above statement all the time, as well as these others:

“Are you sure you didn’t deserve it?”

“Were you flirting or provoking him?”

Yes, I do know that I have a choice with what happens with my body. But I can’t physically, emotionally, or mentally control anyone but myself. Period.

So many women and men, too have been harassed. I, myself, even, have been sexually harassed, humiliated, and objectified. It’s an ugly, devastating, and despicable feeling. It’s even more so to say anyone could prevent it.

Sometimes there is nothing you can do, and especially as a woman in this day and age, we have less of a say in nearly every situation than men do. We have less power, and it is a sad and true fact. It’s unfair that we are expected to control others who act like… jerks (I’ll just say that the initial words I thought of were very unkind.)

5. You have to dress modestly in order to be respected by men

In my church, it’s also considered fairly important for us to dress modestly. It’s a general rule of thumb not to show your shoulders, stomach, above the knees, etc. (unless you’re swimming or exercising, of course).
I feel incredibly comfortable with that rule. I wouldn’t be myself if I was wearing more revealing clothing.
But I know lots of girls my age, younger, and even older, who wear a variety of styles of clothing. And they radiate and are confident in their own skin. And I respect their decision.
Going back to what I touched on earlier, just because someone wears a crop top, or a mini skirt, or short shorts, that doesn’t give anyone the right to call them “slutty” or “sleazy” or any other name.
And it doesn’t make them wrong or a bad person either. It’s their choice! That’s the main point I’m trying to make here.
Also, I’ve heard so many stories of girls being “dress-coded” because of their clothes being a “distraction to male faculty.” If your staff is distracted by the clothing of people 10+ years younger than them, fire them! It’s as easy as that. Get a new staff, one that is respectful and is there to do their job, not look at people.
My mom was right – I feel so much better getting this off my chest, and I hope you, too, will have these important discussions with not only adults, but your friends. We all need to be informed.
Virtue and chastity are so argued over, in the media, in religion, in everything. But just know this. It’s your decision. You choose. Just be respectful and love people, even if they do something you don’t agree with.
Be confident!

Take Responsibility For Your Happiness!

3 Things I Learned in The One I Wrote For You

Why it is so important to show love through service

It is OK to Feel Down, Depressed, and in the Dumps