Recently, I had the wonderful experience of attending the We All Grow conference for the second time in a row. On the first day of the conference, all the attendees were able to go on field trips. I was blessed to be chosen for the excursion to the Walt Disney Studios, for the Dream Big Princess field trip.

Upon arriving at the Walt Disney Studio Lot,  I had the pleasure of touring the studio for my second time! (I also screened Tangled: Before Ever After, talked with the producers, had lunch at the studios, AND met, hugged and took a selfie with Bob Iger) But the best surprise was what was awaiting us at the end of our tour: being able to screen the new live action Beauty and The Beast movie! As if this wasn’t enough, we were informed that we were screening the new movie  before ANY press or bloggers!!!!! (insert dramatic faint :lol: )

As we were escorted into the theater, we listened to remarks from members from the Disney and Dream Big Princess team and our dear friend Marshall Weinbaum. With that, we were left to enjoy the movie!

By the time we got to the credits, I was in tears (most people were, quite literally, drowning in their own tears by the end. :cry: LOL) This is definitely THE movie to watch if you need a good cry!

Director of Beauty and The Beast, Bill Condon, perfectly explains what I adored the most about the live action film: “The delightful animated film from 1991 plays as classic animation, but if you want to go a level deeper into the story and into the songs and into the emotions, that’s what this live-action film delivers: a greater depth of emotions.”

The movie definitely blew my mind, and I love all the things we can learn from Beauty and The Beast, and  how, while the movie stays true to the 1991 classic, it puts a much-needed twist on the story, exploring new angles and adding more depth and background to the story we have all come to know and love. 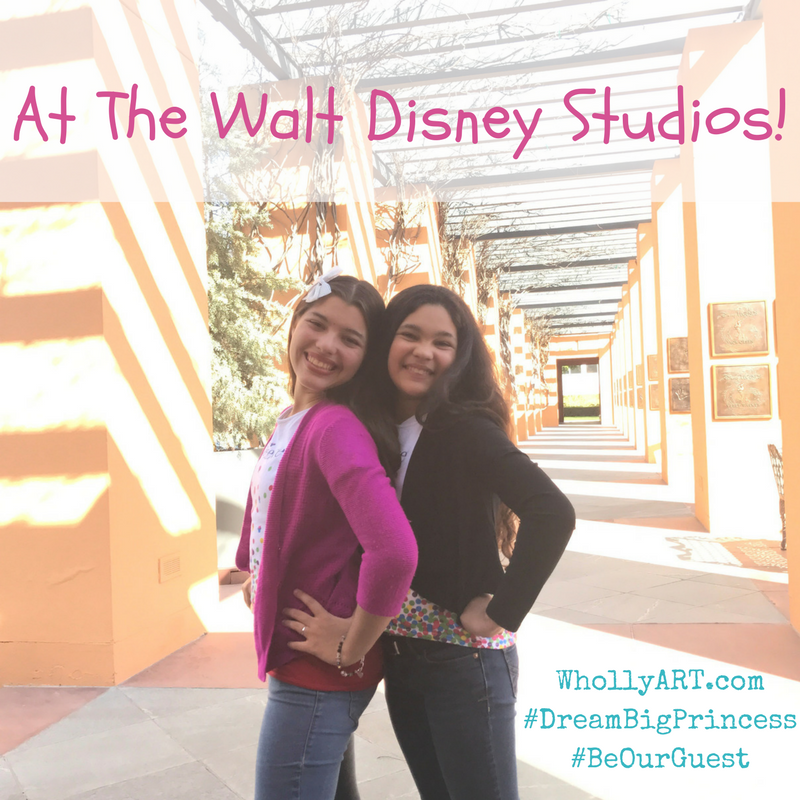 Bill Condon expresses his concerns about putting this spin on the older version of Beauty and The Beast, saying, “What we wanted to do was bring the story more into reality, not create a new story…It is an honor to have a chance to create something that is both reverential of the original and somewhat of a modernization at the same time….I hope that….we’ll be able to answer questions that fans may not have even realized they had about Belle and about the Beast specifically, and how they came to be who they are today.”

So, the live action Beauty and The Beast starts a new chapter that really embodies the spirit of the film, but also gives us a fresh outlook on things, and it’s the perfect balance!

Since you might not be seeing it for a while, I’m going to fill you in on my FAVORITE lessons and key points from the movie Beauty and The Beast. Don’t worry, though, I understand that you probably want to figure things out in the movie by yourself, so I won’t be giving any spoilers. ;D 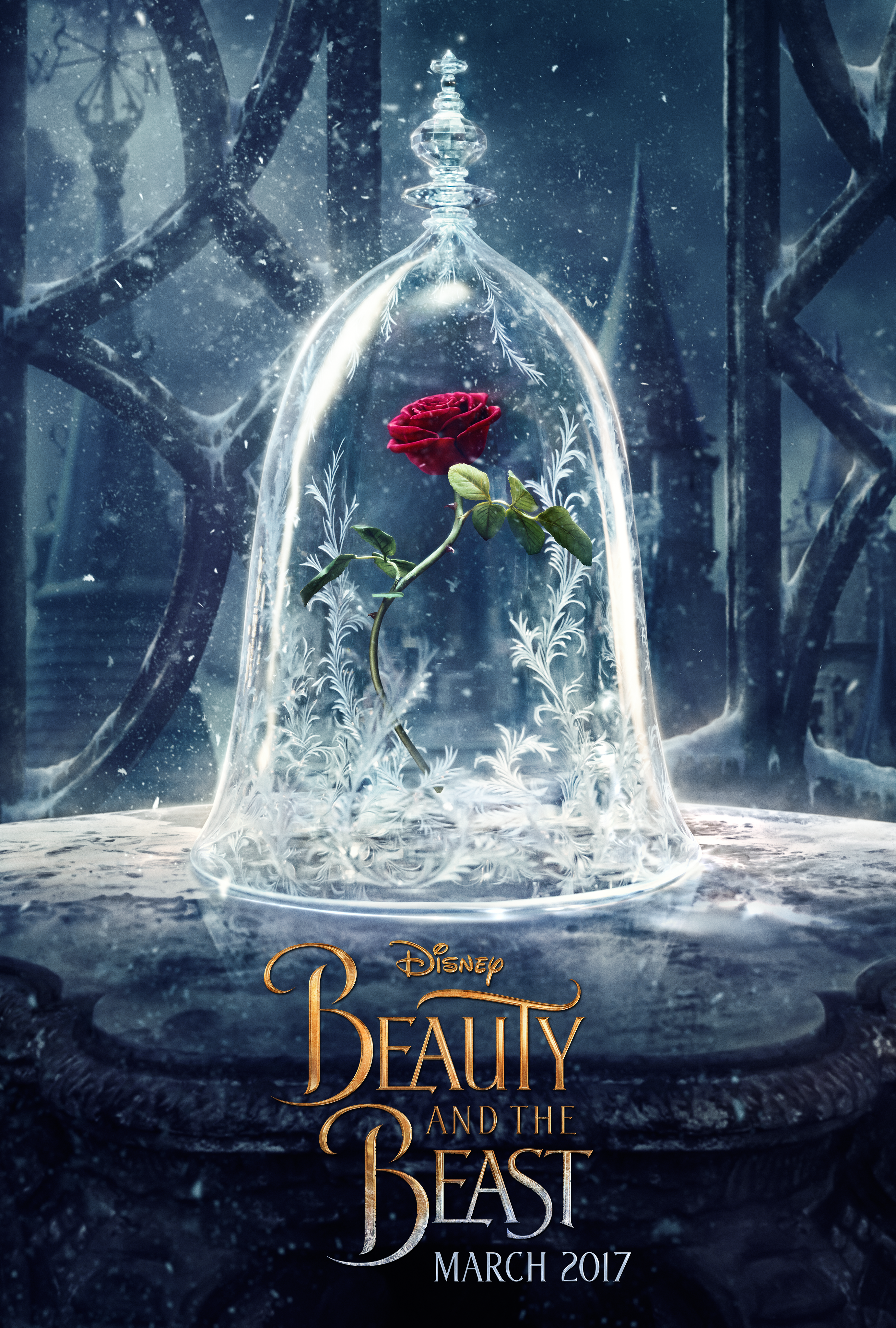 Isernia Women Can Be Independent and Think for Themselves ~ I love how the character Belle is so strong and brave-hearted. Belle is resourceful, quick-thinking, and she solves her own problems.

I love how Belle was one of the first princesses to demonstrate that girls, even princesses, can and should be independent and make their own choices, and marked Disney moving toward stories where the girl can find empowerment on her own, and in which finding “true love” isn’t the ultimate goal.

Emma Watson, who plays Belle, said about her: “I remember Belle as this feisty young woman who spoke her mind and had these ambitions and was incredibly independent and wanted to see the world.” To me, Belle really sends an empowering message; that we can be ourselves and own our voices and still remain princesses. 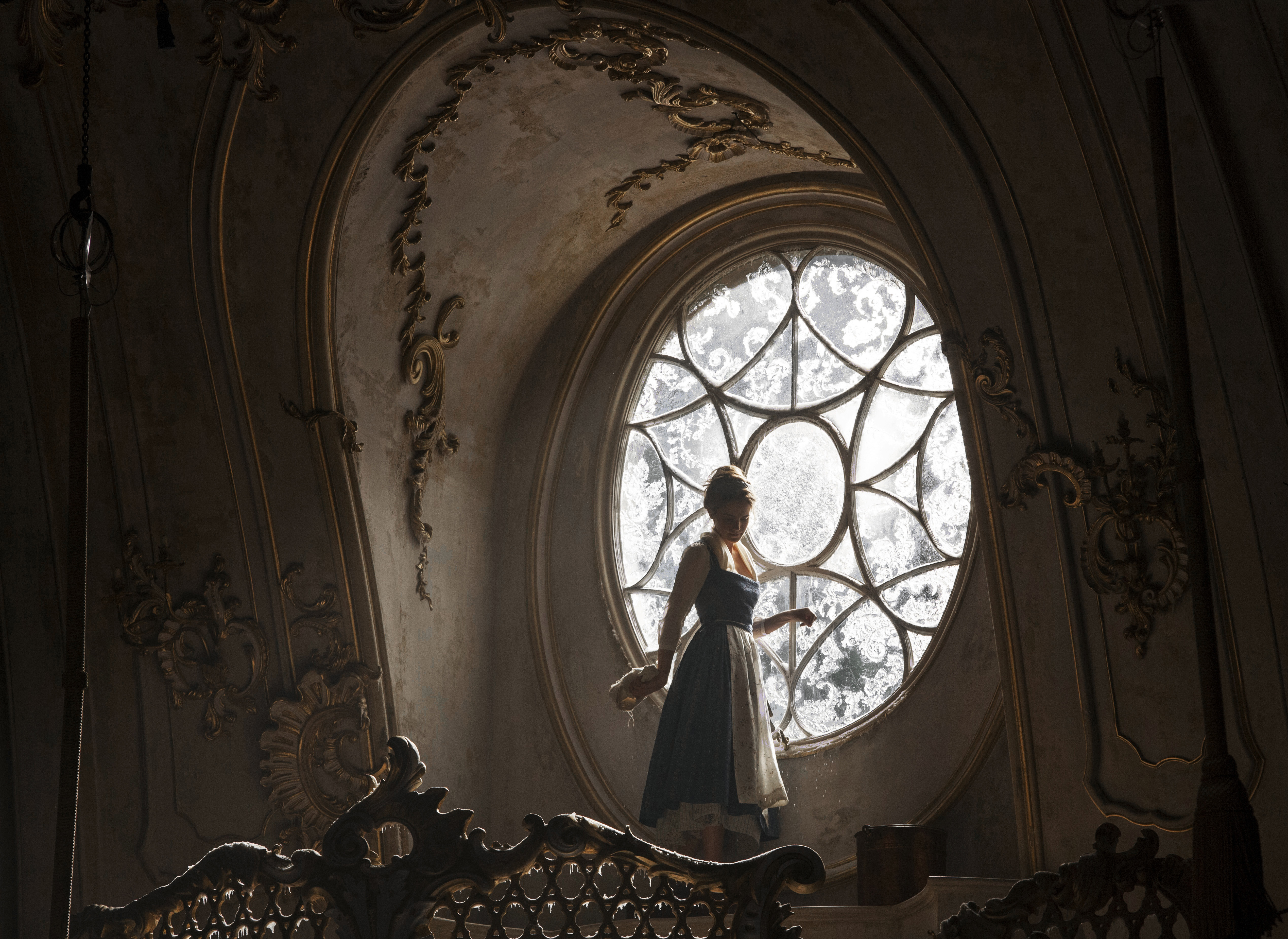 Placebo-controlled analyses were conducted using repeated measures analyses with bonferroni corrections for multiple com Love Can Completely Change Who We Are and Our Perspectives ~ Though the Beast seemed so cruel and cold at the beginning, his love for Belle and her friendship helps the man shine through the beast, showing us that love can uncover who we are and change us.

During the film-making, I love how the cast focused on making the beast “more dimensional than the Beast from the animated film,” or as Dan Stevens described it, “trying to find those little human beats that would make him less animalistic and more a human trapped inside this creature.”

I’ve heard many stories about so-called troublemakers becoming heroes, just because someone saw who they could be with a little love. Just as love changed the Beast, love can change people, too. A simple act of kindness, a mere chance, is sometimes all a person really needs. 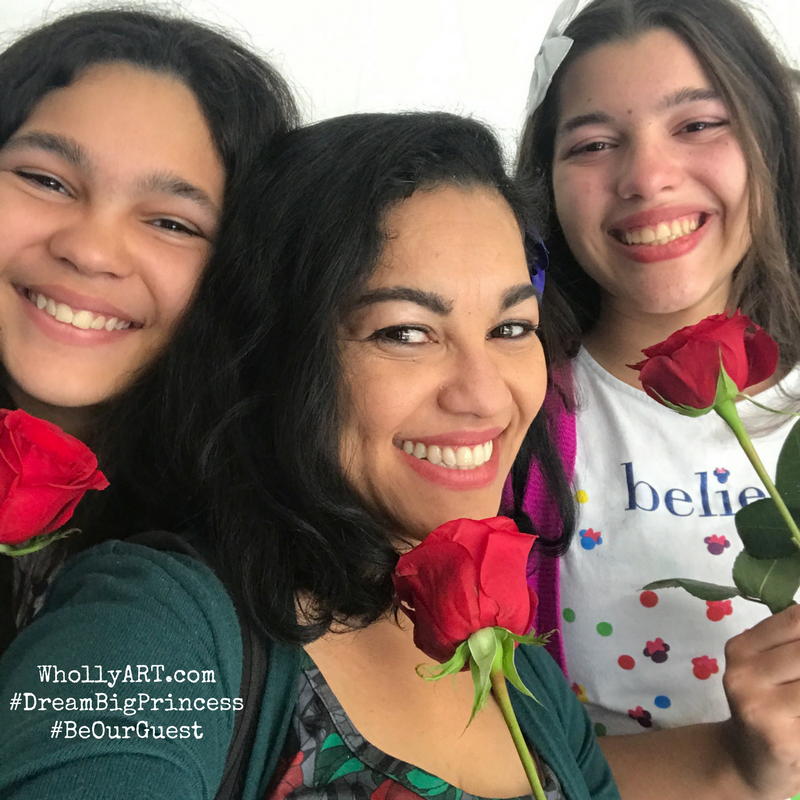 True Beauty is Found Within, Not By Outward Appearance ~ That true beauty is found within is what the story itself revolves around, since the Prince was punished for turning away the disguised sorceress because of how she looked.

In fact, the classic tale of “Beauty and the Beast” – and its empowering message that true beauty comes from within – dates back to 18th century France and the first published version of the fairy tale, “La Belle et la Bête,” by Gabrielle-Suzanne Barbot de Villeneuve.

In Beauty and The Beast, Belle discovers that though the Beast may look gruff and gruesome on the outside, he has a loving and warm personality inside him, and that even though Gaston is handsome and has many accomplishments, he is shallow and selfish. And so, we learn that our looks have nothing to do with our character.

Love Can Blossom Under any Circumstances, Even When it Most Unlikely ~ The love cultivated between Belle and the Beast is so unlikely, and often I wonder how it came to be. Belle certainly the right idea when it came to relationships, because while she was gentle, she also put her foot down and stood up to the Beast when she needed to! 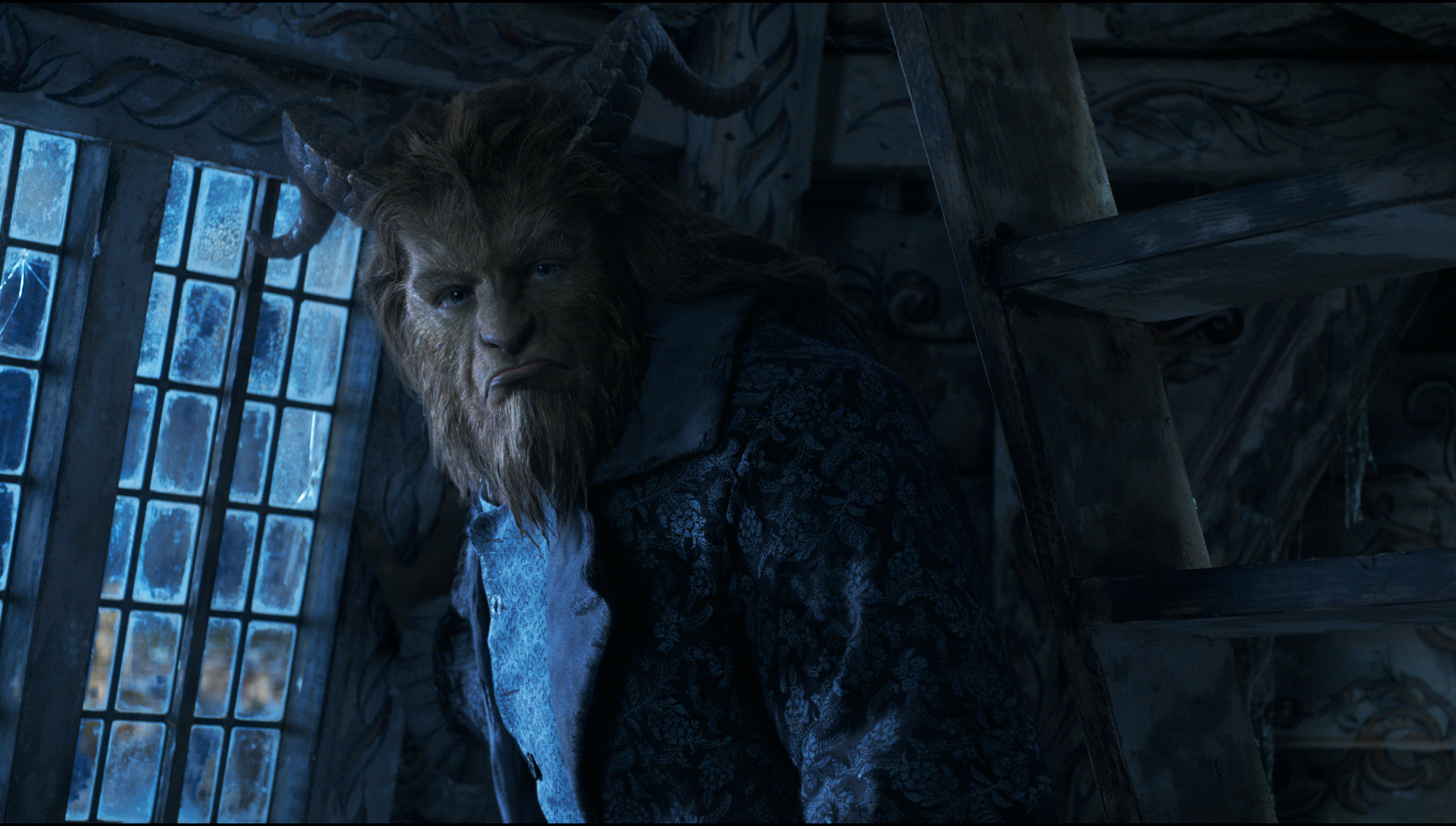 This peculiar but beautiful match goes to show you that love can spring up in the funniest places, and that such a love is magical and shouldn’t be wasted. For example, my mom and dad are COMPLETE opposites, but they still love each other. My mom has taught me that when the two people in a relationship are different, they complement each other.

Don’t Allow Yourself to Be Used by Other People – See Them For Who They Are ~ Le Fou is Gaston’s sidekick who admires Gaston and aspires to be his “best bud.” (Fun fact: Le Fou translated means ‘The Fool’.) Unfortunately, all his attempts to be Gaston’s first man end with Gaston using and abusing Le Fou to no end. He teaches us that we should recognize these people that take advantage of us and STAY AWAY, because these are extremely unhealthy.

I know quite a few people who just want to be nice to others and end up being someone’s doormat and doing everything for them. Of course, we must remember that we decide how we will let people treat us. 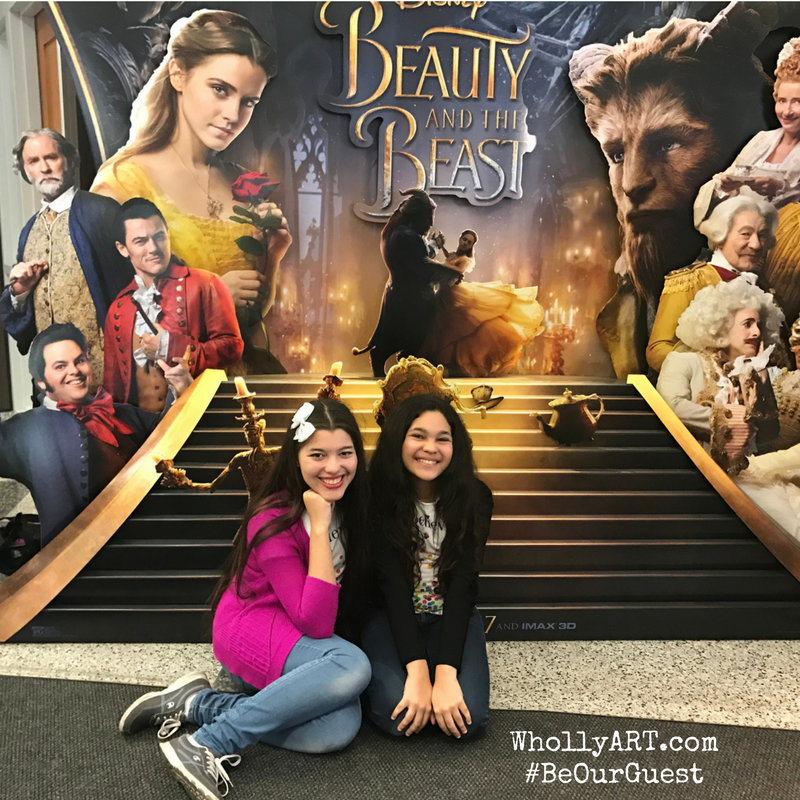 We Won’t Always Fit In With the Crowd, but It’s Best To Accept Our Differences With Pride ~ Belle realizes that she’s different from everyone else, and so do the villagers. In fact, they seem to enjoy pointing out just how different and strange she is. But instead of abandoning her books or feeling ashamed of who she is, she literally strolls through town, showing everyone who she is by reading while she walks. (BTW, please don’t try this at home! You’ll run in to something. :) )

Being small-minded never got anyone anywhere! ~ In Belle’s village, the citizens meet anything new or unique with indifference or disdain. In fact, this is the main reason she feels she does not belong, because unlike the villagers, Belle wants more in her life than the mundane and day-to-day routines, which is why she found adventures.

This reminds us that the greatest people, the geniuses, have had BIG ideas and plans, and they, too, have been ridiculed, but they didn’t stop until they got what they wanted.

May you be as inspired as I was by this post and film! Remember these lessons and look for new ones in the movie, too!

Beauty and The Beast comes out in theaters on March 17, 2017, and I highly encourage you to see it in opening week and experience the wonder, magic, and empowerment of the new and improved Beauty and The Beast yourself! And, don’t forget to follow the magic using #BeOurGuest!

What is true Beauty, really? Valuable beauty tips for your soul

Lessons from The One I Wrote For You

3 Awesome Little Life Lessons Learned at LEGOLAND DFW
← Be Our Guest! What You’ll Love About Beauty and The BeastHow You Can Use the 6 Thinking Hats in Writing →